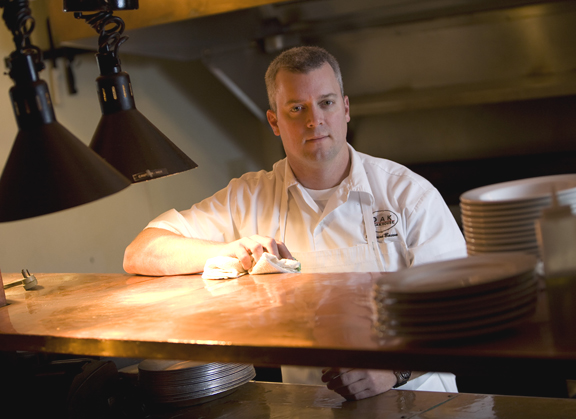 Charleston and its surrounding metropolitan area has fewer than 800,000 residents — less than just about every other major U.S. city. Despite its {relatively} small confines, Charleston boasts a mighty reputation. It’s home to some of the most innovative and cutting edge cuisine and a cast of talented chefs of all ages.

One of those chefs is the dynamic Jeremiah Bacon, whose culinary precision and thought-provoking menus are rivaled by few in the country. Bacon, executive chef at the trendy Macintosh and the driving force behind the classic Oak Steakhouse, has spent time working in the kitchens of iconic restaurants like Le Bernardin and Per Se under Eric Ripert and Thomas Keller. Along with business partner Steve Palmer, who oversees the Indigo Road Restaurant Group, Bacon has helped elevate Charleston and its reputation for culinary decadence to new stratospheres. Read more about him here.