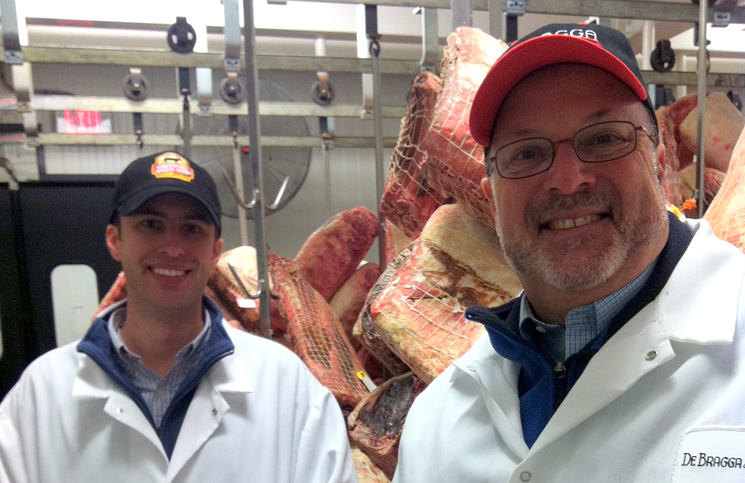 Marc John Sarrazin was fresh out of college when he joined his father and namesake, the late iconic New York City butcher Marc Sarrazin, at his renowned Manhattan specialty meat shop, DeBragga & Spitler. The elder Sarrazin had already carved a lengthy swath in the meat business, starting as a butcher in his native France before relocating to the United States, and eventually becoming president of DeBragga, which has always had a reputation of catering to the needs of the city’s finest chefs.

Marc John grew up in the business, acquiring an early understanding of the care and craftsmanship it takes to create mouthwatering, highly sought-after dry-aged beef. And since taking the reins from his father as president in 1992, he’s guided DeBragga into a new age of success. But lately, there has been another Sarrazin roaming around. And DeBragga, New York’s Butcher® is relocated from Manhattan’s meatpacking district to a modern facility in Jersey City. 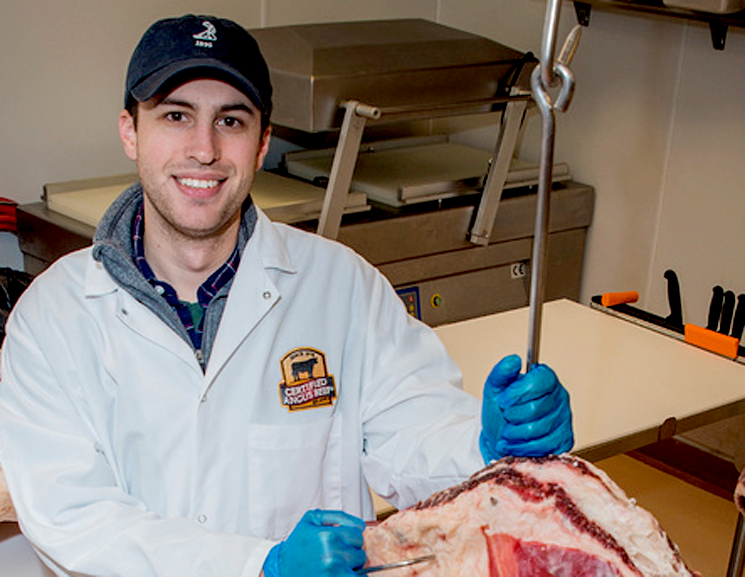 Eric Sarrazin, Marc John’s middle child, recently left a position at an online ad agency in Washington, D.C., to join the family business, and the next generation of Sarrazin butchers, it seems, is now officially waiting in the wings.

The family way. “I always thought in the back of my mind that I’d come back,” Eric says. “When I graduated college, dad said ‘go out and see what’s out there. See if anything bowls you over.’ One thing he never did was make me feel pressured to do this just because he did it that way. It never felt like an expectation.

“Not many family businesses stay around for three generations in this economy,” Marc John says. “For us, it’s no different than the kid out west on a farm. All he wants to do is be a farmer. You see what your folks did and it appeals to you because you grew up on it. You have a passion for it, and it becomes easy.”

DeBragga has built a reputation for bringing in the highest quality meats and adding value to them through their aging program, cutting specs and customer care. The company can boast notable chefs Daniel Boulud, Laurent Tourondel, Eric Ripert, Charlie Palmer, Tom Colicchio, Jean-Georges Vongerichten and Alfred Portale among its list of long-time customers. It’s that aspect of the business that Marc John says offers the biggest challenges, but also the greatest rewards – and something he hopes to pass along to his son.

“I like the fact that we still buy inventory and then add value to it,” Marc says. “I wouldn’t be happy just moving widgets. Anybody can do that. We’re taking the best product you can find and trying to make it better – then convincing the chefs that this is what they should be looking at. There is a high degree of satisfaction in that, but also frustration when it doesn’t work.” 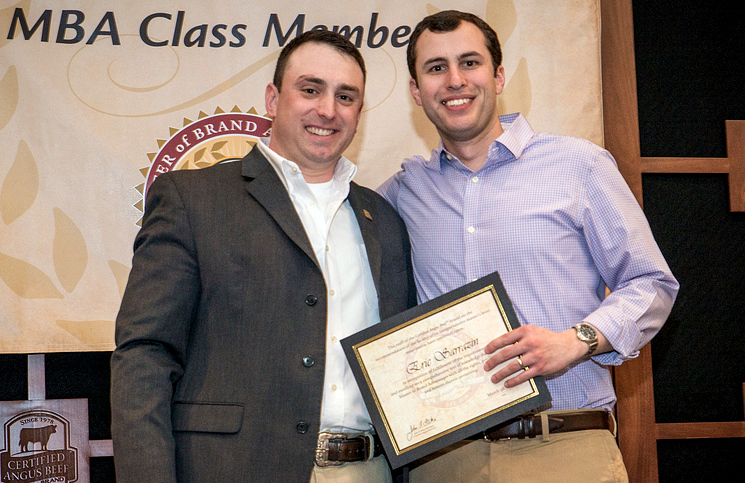 Clearly the apple doesn’t fall far from the tree, though. That level of personal care was a huge reason why the younger Sarrazin decided to ultimately return to the family business.

“I had a great job before I came to DeBragga,” Eric said. “I enjoyed the problem-solving aspect of what I did, but when I really thought about what my career was going to be, my passion wasn’t building websites. I’m passionate about food.”

Food is what’s always been at the forefront of the Sarrazin family. Both of Marc John’s grandfathers worked in the industry –one as a wine merchant and the other as a butcher. His grandmother ran a café in France.

And now the youngest generation has been drawn back into that noble profession.

“It’s been great,” Eric says. “I’m working in the back of the house for the most part now, so we really don’t see each other much, but I try and make a point to grab coffee and check in with him. It’s no secret at work that he’s my father, but I want to make sure we stay as impartial as possible. The real issue is making sure we don’t talk business when we go over for dinner on Sundays.”