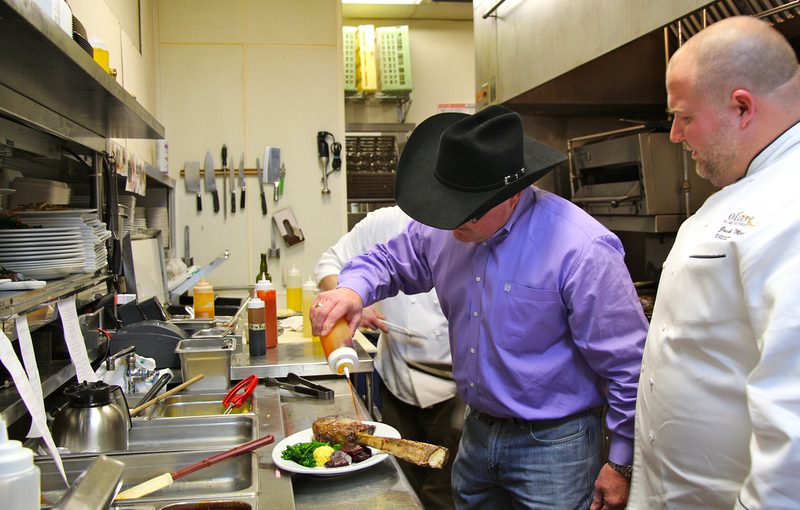 “It’s like watching a basketball team,” Charlie Boyd tells me over the crowd. “If you’ve played enough games together, you know how to read each other through the orders.” 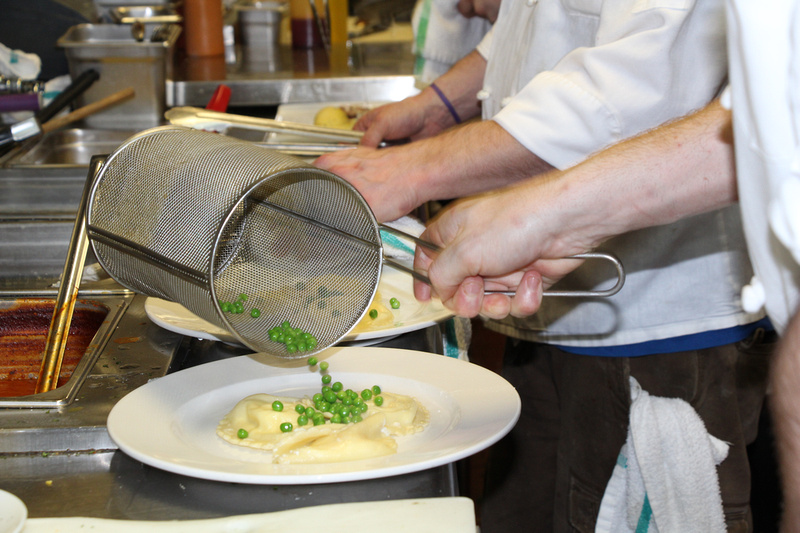 We’re on the line in the kitchen of Chef Josh Moore’s Volare Italian Ristorante in Louisville, and while I’m focused on getting a good photo of the two, ideally I’ll leave without someone’s meal on my boots. Beef’s expensive and Stetsons are, too. 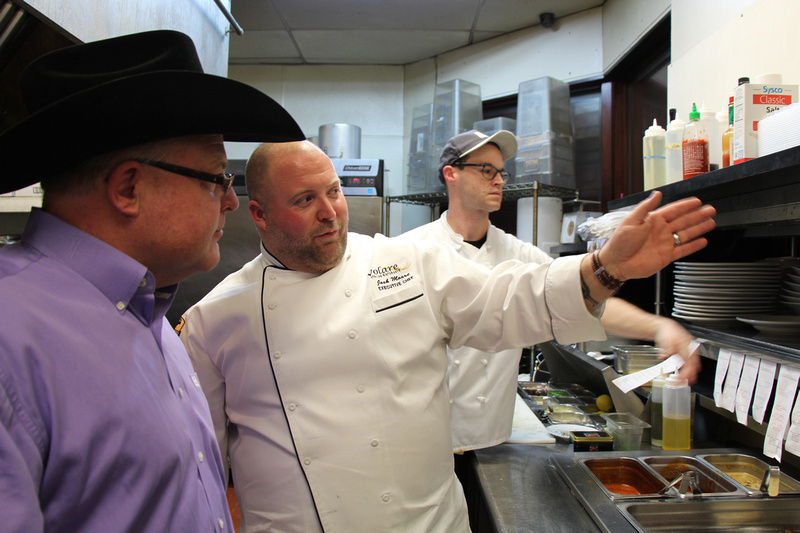 All joking aside, it gets hectic in a restaurant kitchen. I smile when the Kentucky rancher shares his basketball analogy because I had a similar thought — though in the sense of an orchestra or ballet. There are so many players in this kitchen. Each plays a crucial part. They sway back and forth, reaching high and stretching across the tiniest of spaces to get each plate just right. They don’t have to talk. Laughter from the front of the house and the sound of grills sizzling carries enough volume. 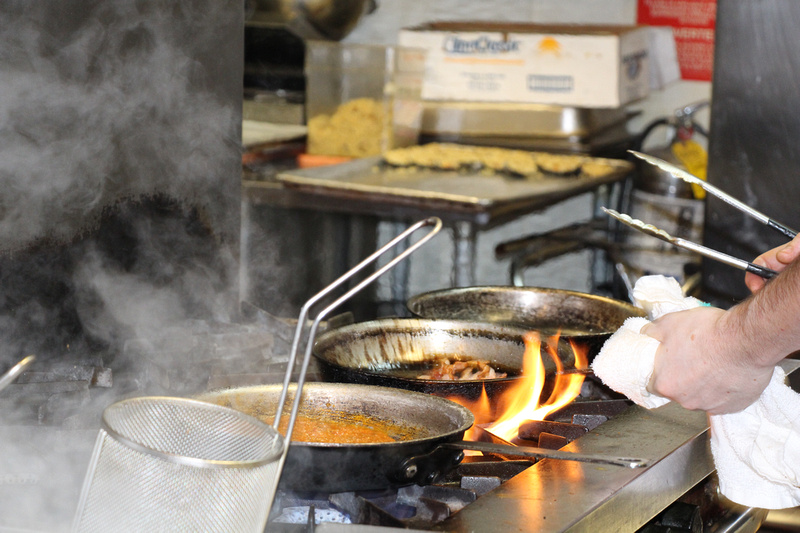 For these culinary athletes, every evening is a performance and a practice in one. They’re professionals. They make what we do on this side of the fence worth it for those at the table. 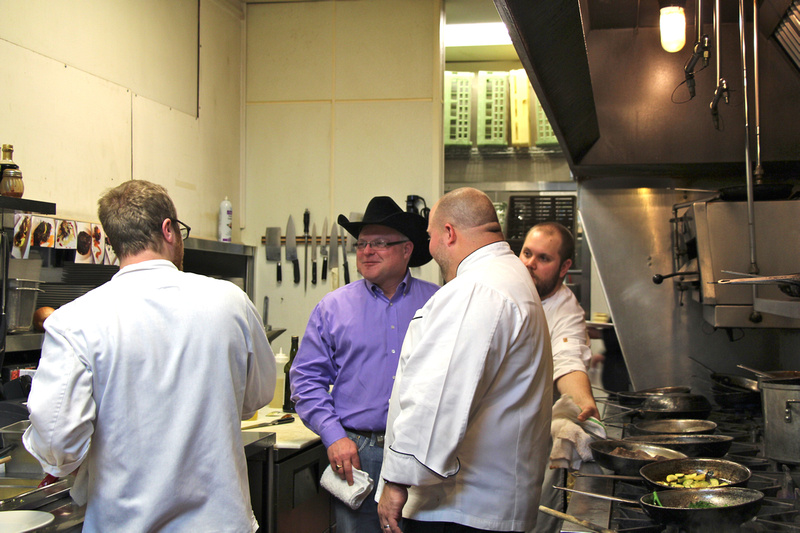 “If I had my ball cap on I’d turn around, roll up my sleeves and get to work,” Charlie says, a cowboy hat atop his head. His chance comes at daybreak.

Getting A Good Start On Great Steaks 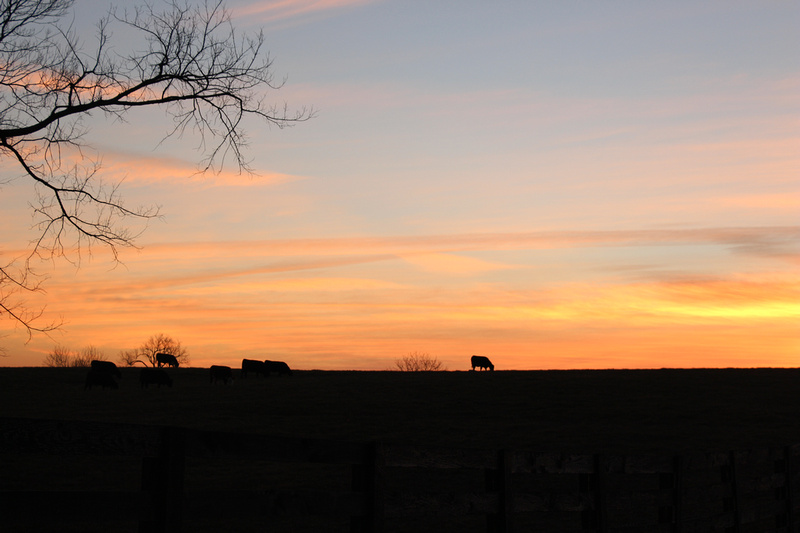 “When you were born, you got colostrum right off the bat, that’s what made you stout and healthy,” Charlie told Chef Josh while discussing the importance of caring for newborn calves. It had been an early rise for the duo. Chef Josh arrived at Charlie’s Angus farm in Mays Lick, Ky., at sunrise.

Ranchers and chefs always seem to get along. A chef’s day usually ends about the time the rancher is getting started. Though the landscape is different they have more in common than first meets the eye: long hours, unknown variables, generations of tradition, and an appreciation for quality.

“It’s a trickle-down effect,” Charlie says, “that starts with the producer, then the Certified Angus Beef ® brand and then you. Everybody is tied together by a common goal and if somebody breaks the link, it’s not good for anybody else. I truly believe that.”

Josh agrees. The Louisville chef spends six days a week at the helm of his fine-dining restaurant. One of his daily duties is to field questions about the safety of his beef and where it was raised. “From a chef and owner standpoint, having more knowledge for my guests — to have these experiences and stories — is priceless,” he says.

Charlie adds, “There’s a gap between our segments and we need to do a better job communicating our story.”

So the two traded places. 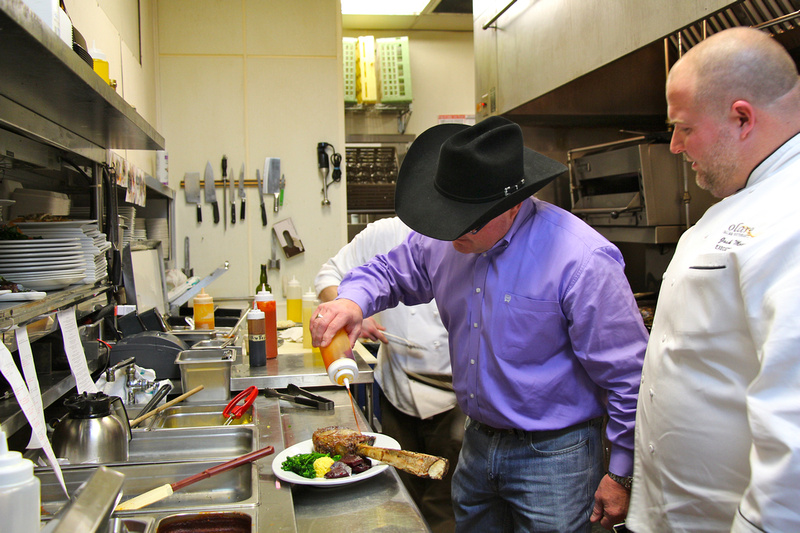 Charlie Boyd cooked and served while attending to requests in the kitchen:

“She wants the Pappardelle Boscaiola but without the bacon, veal meatball walkin’ in, and I need to see Erin on the fly.”

Chef Josh Moore? He got to tag a newborn calf.

“I feel like Mike Rowe on Dirty Jobs,” Josh said as he pulled a glove over the steer tattood on his forearm. He’d pet the Boyds’ favorite cow Abigail later in the morning before running the feed truck. 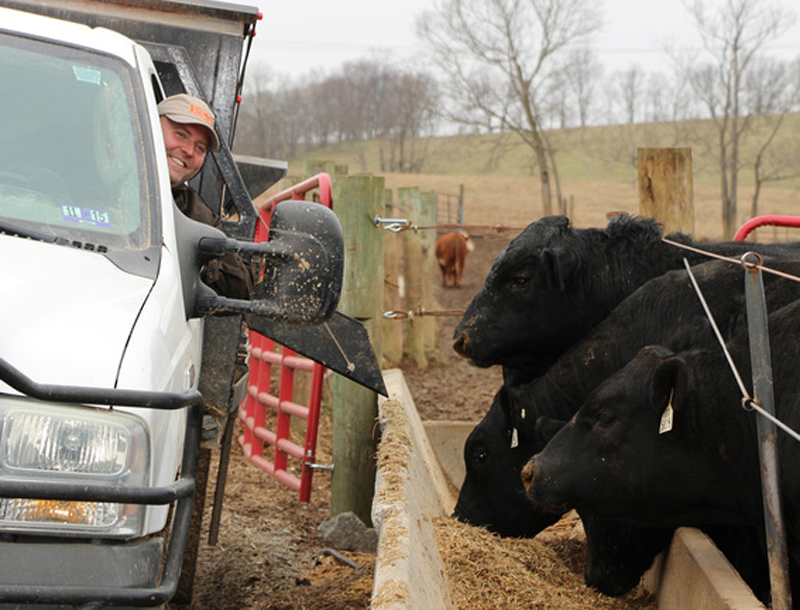 “It would be hard to even put a value on how much customers will appreciate this,” Josh says of his ranch day experience. “They love it and it brings them back.” 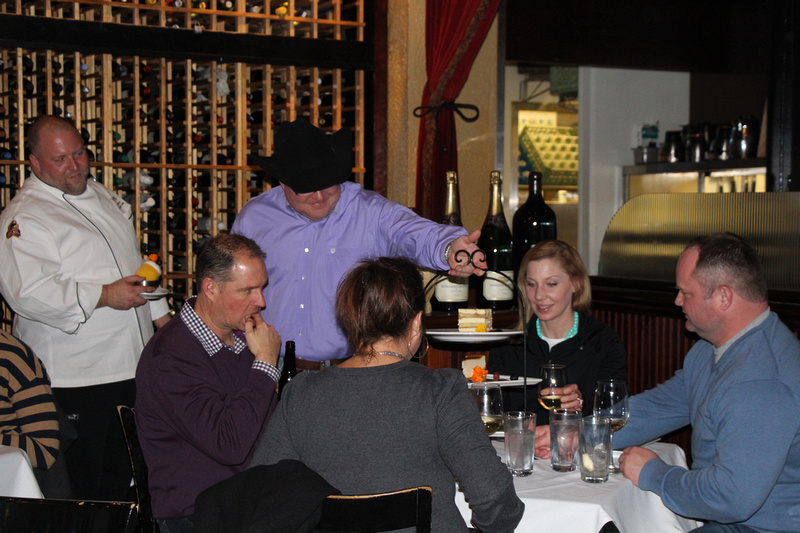 Hours later when both were back at the restaurant, a diner asks about the picture he saw of Chef Josh on the farm. “The rancher’s actually here — that’s him,” Josh says as Charlie appears from the kitchen, orders in hand. “The detail of the plating, it’s amazing,” Charlie says. 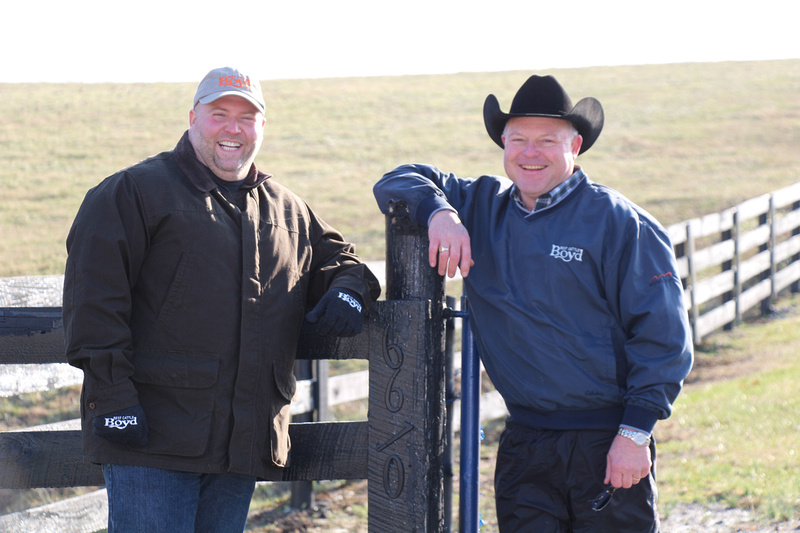 “Seeing the passion you and your family have for the cattle, that means the world to me,” Josh replies.

The evening eventually comes to an end and the duo asks for a picture. They give a “thumbs up” sign to show the success of the day. It takes two and they’re certainly a better team because of it. 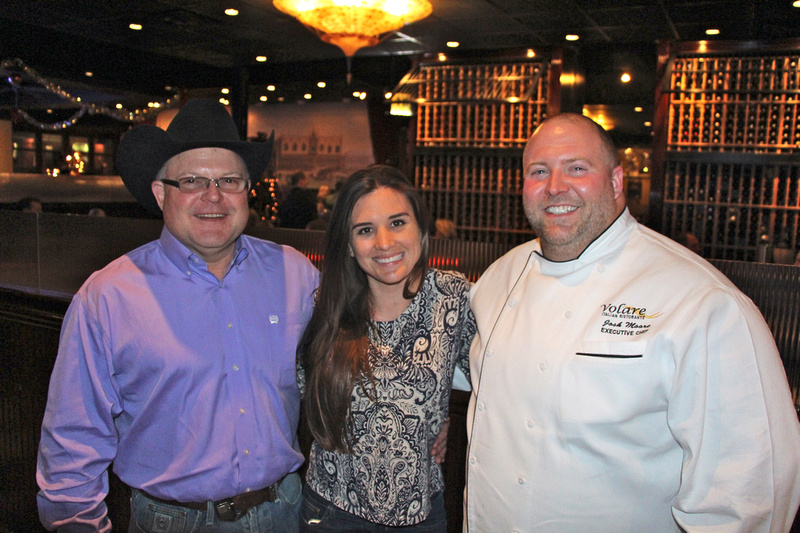 Learn more about Chef Josh Moore and Volare Ristorante here. And for more about the family of Angus farmers and ranchers bringing superior beef to the table, visit CertifiedAngusBeef.com.

Laura Conaway (middle, above photo) is a Certified Angus Beef LLC staff writer. A native of the Sunshine State, Laura was raised on a working ranch. Laura is a lover of words, cattle and those who produce them.