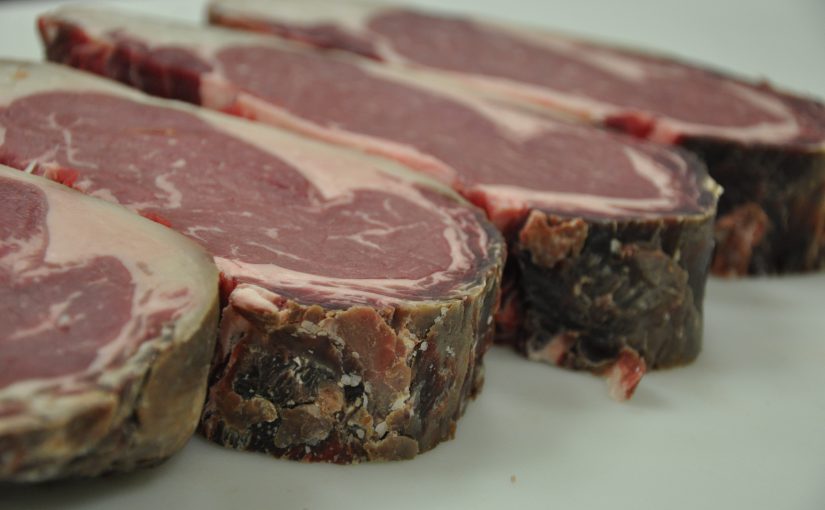 There are a lot of flowery adjectives that get tossed around when the topic of dry-aged beef comes up. Some food writers would refer to the process as “artisanal.” To others, it’s “old-world” and “earthy.” 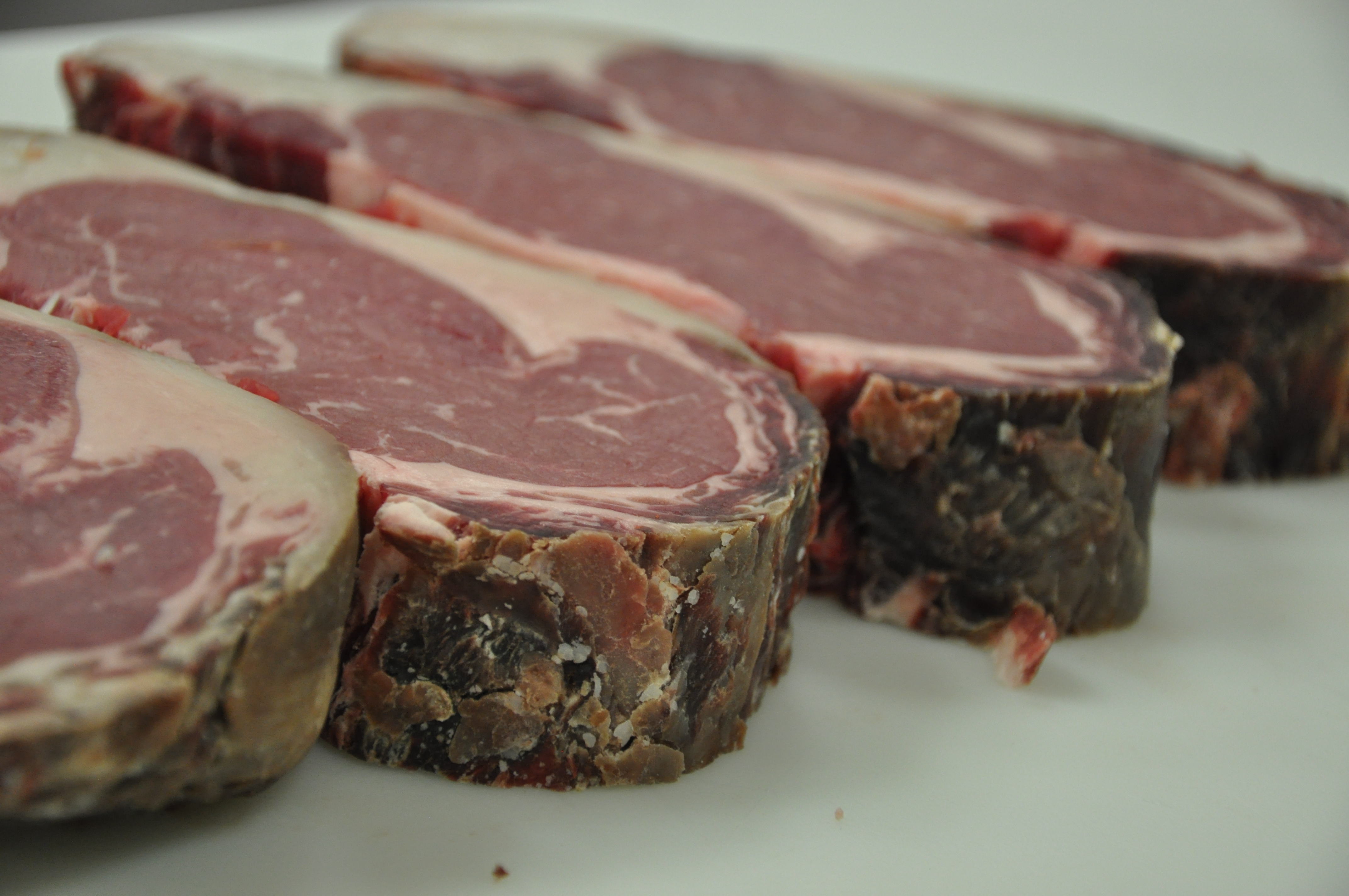 While most of these descriptors may be enough to entice intrigued diners to make the leap — and spend the extra $$$ necessary to upgrade to a dry-aged option — they fail to explain what’s actually happening during the process, and why dry-aged beef is truly a delicacy.

Let’s start with the basics of aging

Most beef, even beef in restaurants claiming to have “fresh” beef, has been aged to some extent. The bulk of this is wet-aged. That is, beef that’s been stored inside a vacuum package in a cooler for a few weeks, allowing the naturally-occurring enzymes within the meat to break down muscle fibers, which creates tenderness.

With wet-aging, what goes into a bag is pretty much what comes out of the bag, only more tender.Know that this enzymatic activity, however, occurs regardless of the environment — wet-aged, dry-aged or otherwise.

So before we move on understand that, at least to a certain extent, the longer beef ages in general the more tender it will become (except, to a lesser extent, within certain breeds of cattle, but that’s a topic for another day.) 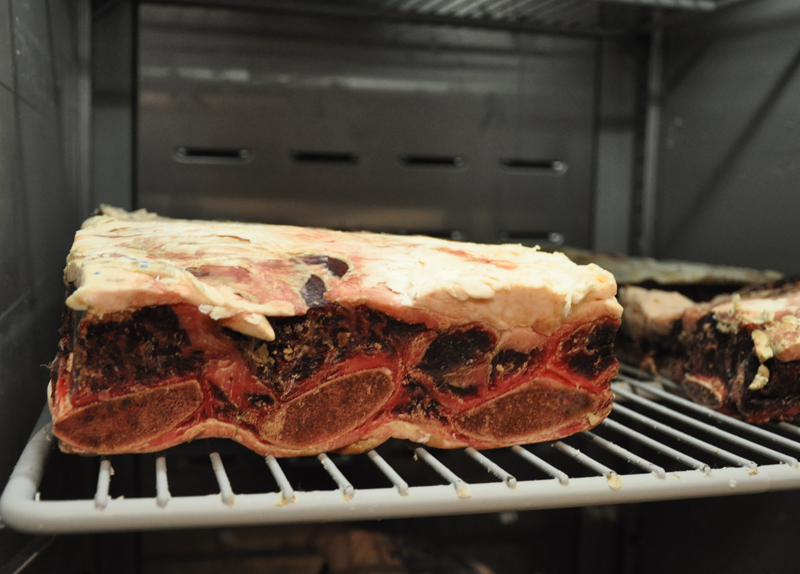 For starters — this is what dry-aging looks like. That’s right. Beef just hanging out on a shelf inside a dry-aging cooler getting crusty. Better bring some popcorn. It’s gonna be a long viewing. Now there are three occurrences that need to happen inside the meat during the dry-aging process everyone needs to understand.

The first: Allowing time for the naturally-occurring enzymes to do their thing and make the beef more tender. If this is new information to you, then you just skipped the 265 words preceding this. Shame on you.

The second: Unlike its wet-aged brethren which is confined to an air-tight bag, dry-aged beef is free to explore its environment, which includes the encouraged evaporation of the moisture content within the cut. And while this is responsible for much of the darkening of its crust, what’s left inside is intense beefy flavor due to dehydration. That moisture loss and the need to trim off that exterior crust before cooking means significant yield loss, which is a big reason why dry-aged beef is so pricey.

The third: This is the trickiest part of dry-aging, and the key difference between beef that is truly dry-aged vs. beef that’s just dehydrated: it all has to do with molds. Although few folks actually have degrees in any kind of mold-related science, it’s generally understood that in different parts of the country there are different kinds of molds.

Despite their reputation for being rather, well, off-putting, molds are the critical element to the dry-aging process. Why? Because molds impart certain flavors. Molds — not George Clinton — truly bring the funk. And get this: depending on your zip code those molds, and the flavors they create, are going to be different. 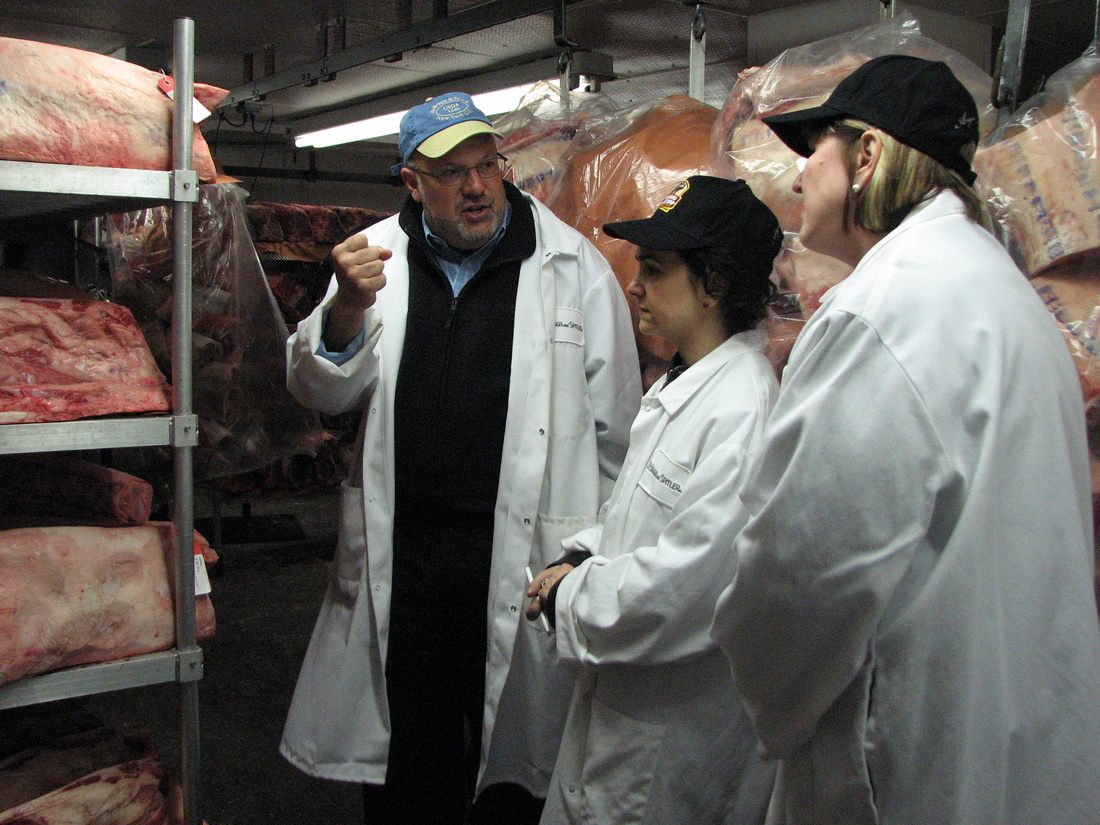 Think about it. New York City is the dry-aging capital of the world. And while there are a lot of terms used to describe the Big Apple, “sterile” isn’t one of them. And that’s a beautiful thing for folks like the dry-aging Zen-master Marc Sarrazin at DeBragga & Spitler.

Likewise for Los Angeles-based Newport Meat Company, which caters to a host of high-profile clients around the City of Angels. Funk and famous people go hand in hand. But the funk factor East- and West-coasters demand is very different from others around the country. Some cities just don’t have diners ready to embrace robust funk, and will instead shoot for something a little more beef-rich. 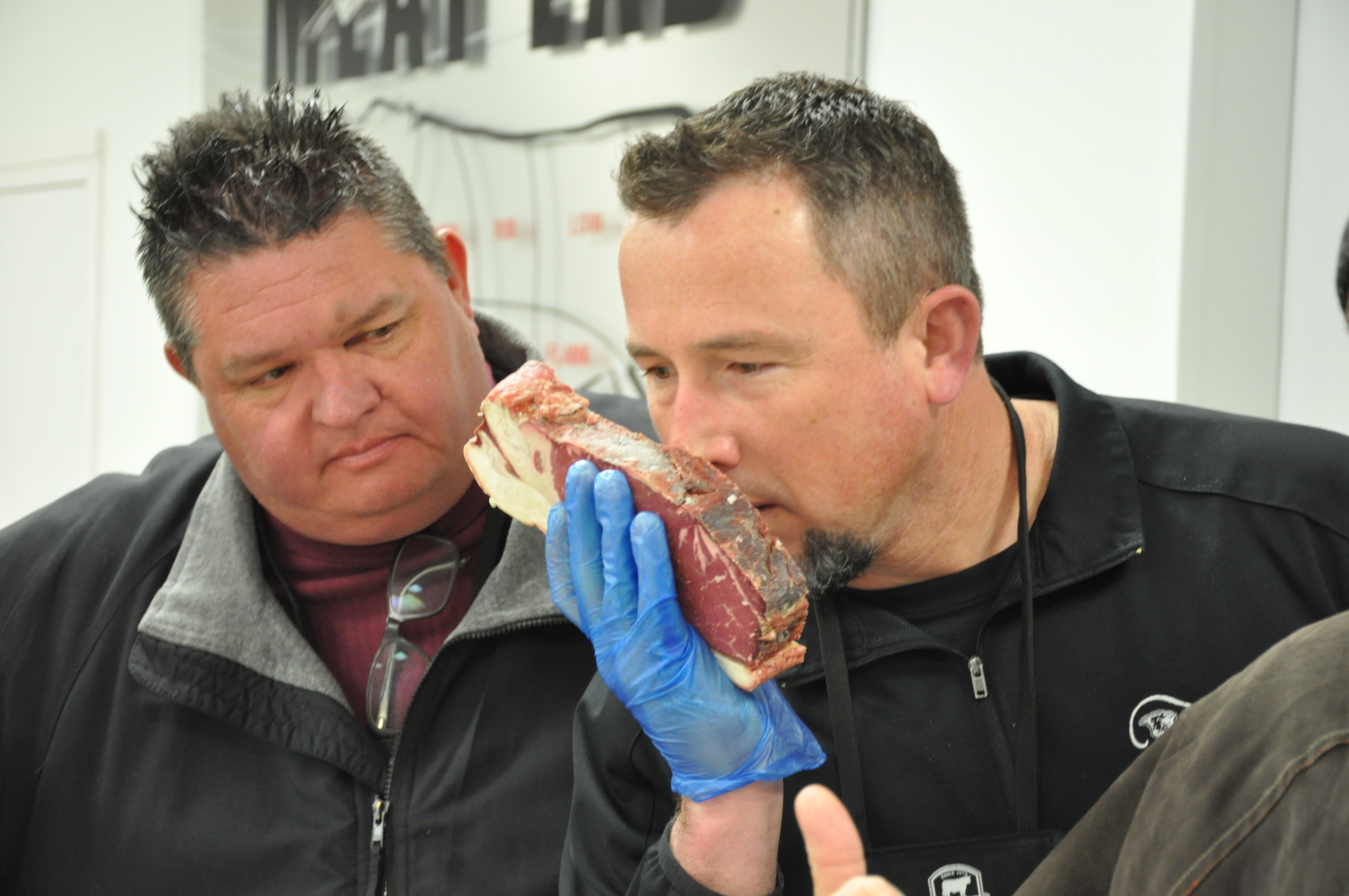 The Certified Angus Beef ® Culinary Center sits firmly in the heart of Ohio’s biggest dairy-influenced area code. Consequently, dry-aged beef from our neck of the woods contains unique notes specific to our little corner of Ohio that you won’t find anywhere else.

Our favorite meat scientist Dr. Phil Bass will say that while the process of dry-aging is something that’s been going on for centuries, we’re still continually learning more.

And while this is far from an exact science, even in the year 2017, people who make their living exploring meat are coming to realize that the processes that were a staple hundreds of years ago are the same ones that are successful today.

There was a time not too long ago, however, when the food industry — and health inspectors fearful of molds — nearly science’d itself out of this incredible process. The industry saw an introduction of approved aging techniques designed to stop mold growth rather than promote — which, still today, may be limiting the additional desirable flavors that could be achieved with the molds being present.

Fortunately, the pendulum appears to be swinging back toward tradition, and all who eat beef are reaping the rewards.

The availablity of dry-aged beef is growing just about everwhere. There are even some high-end grocery stores, like Market District in Ohio and Pennsylvania, that have added coolers specifically for dry-aging purposes.

If you haven’t experienced dry-aged beef there’s no time like the present! Give it a try. It might just change your world.