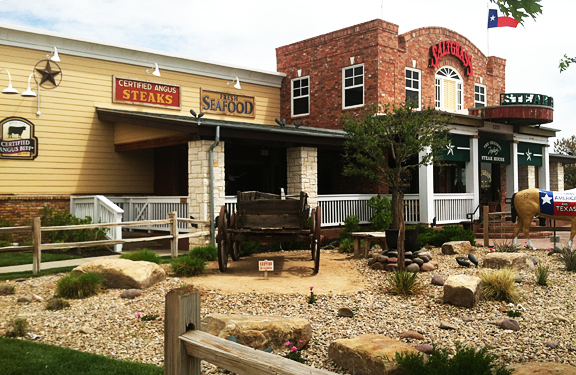 Ask most chefs about the inspiration that led them to their chosen profession, and many will wax poetic about their childhood, spending time in the garden, cooking with mama or grandma, and reminiscing about the smells and tastes that take them home.

Not Ric Rosser, though.

No, the man who oversees the iconic Texas restaurant group, Saltgrass Steakhouse, will tell you quite plainly why he ended up where he is — a misspent college career and cotton.

Watch this. I promise — it all makes sense.

But through it all, one thing that has always remained steady with Chef Rosser is his commitment to all things Texas. The people, the land, that attitude — he has “Texas to the bone” emblazoned on the sleeve of his pseudo chef coat, which more closely resembles a mechanic’s shirt, because, ya know, that’s how they do it in Texas. 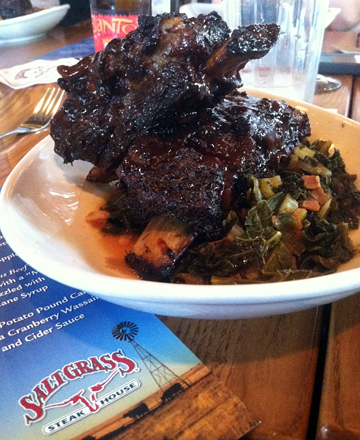 Recently, Rosser hosted a large group of chefs from around the world at the Amarillo location of Saltgrass, where he sought to convey his Texas maxim through food. And we think he nailed it.

From Range Rattlers (oversized, stuffed and deep-fried jalapenos) to bone-in Certified Angus Beef ® short ribs on a “mess of greens” and apple pie moonshine, dining chefs from some of the most exclusive restaurants and resorts in the Eastern hemisphere were wowed by Rosser’s expansive creations — which included hard-to-find bacon avocados among the ingredients.

It’s an old, often over-used adage that everything is bigger in Texas. In our experience, there’s also a lot of truth to that — especially if you look at the size of those short ribs.

Sometimes, I guess, bigger is better.

Never been to a Saltgrass? Hear all about it from the man himself.