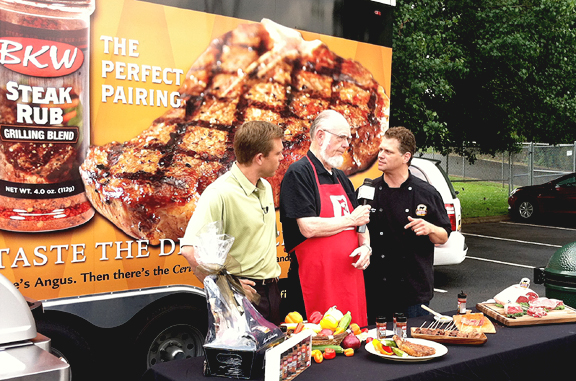 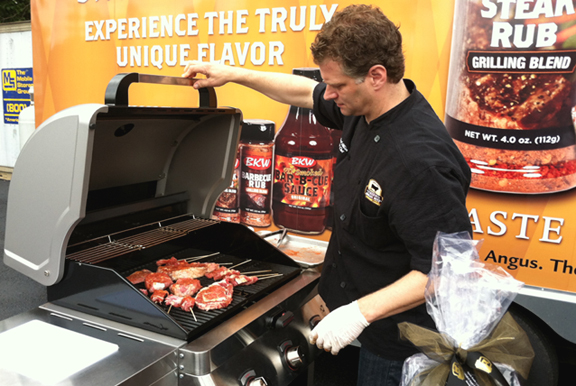 (Keep it seasoned, stupid)
One of the indisputable facts on which the Certified Angus Beef ® brand hangs its hat is that, thanks to generous marbling, it tastes so naturally good you only need to season it with salt and pepper. That’s what our in-house culinary team recommends, that’s what our elite chef partners around the world believe, and that’s even the philosophy I subscribe to when I cook steaks on my backyard grill. They’re always bursting with simple, savory, robust beefy deliciousness, with nothing to confuse the taste buds. 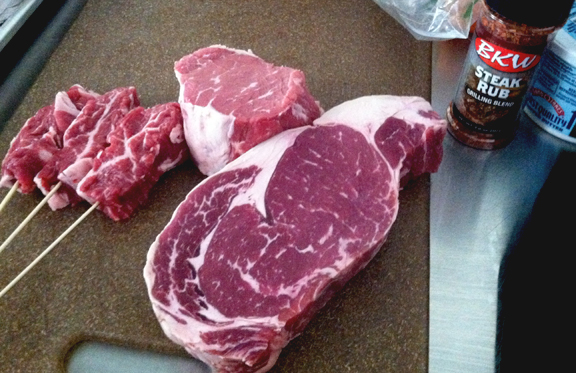 Of course, every now and again, it’s fun to experiment. If, like me, you agree that vanilla ice cream is supremely delicious in its own simple way, I’ll bet you still have a craving for caramel fudge truffle or blackberry chocolate chip every once in a while. I’m mixing my culinary metaphors, but you see where I’m going with this … beyond the salt and pepper. Way beyond!

This is where our “man for all seasons” — or is he a “man for all seasonings?” — comes in. Matt Beeler is the owner of BKW® Seasonings, a family-owned business in Knoxville, Tenn. These custom-blended seasonings have been satisfying taste buds since the 1960s, when the first blend was created to produce a unique Buffalo-style wing served to family, friends and customers at football games, parties and other gatherings. 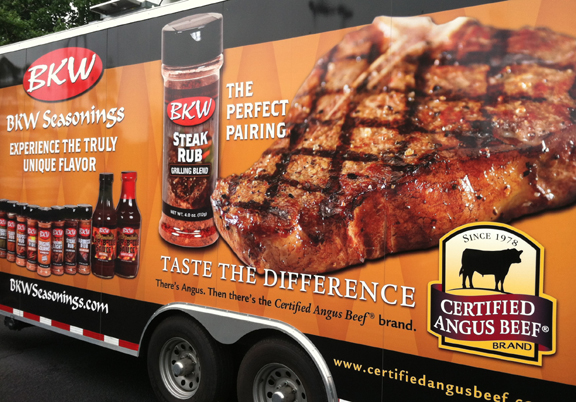 Anyway, in 1997, Beeler’s family built on the success of its iconic seasoning and opened a small take-out restaurant near the University of Tennessee campus called Big Kahuna Wings. Just two weeks after opening, the fledgling eatery competed with 29 local, regional and national wing restaurants and was voted “best wings” in Knoxville — thus establishing the Big Kahuna Wings (BKW) legend.

Now, I’m sure at this point, you’re probably scratching your head and wondering why we’re talking about chicken wings on a blog celebrating premium beef … 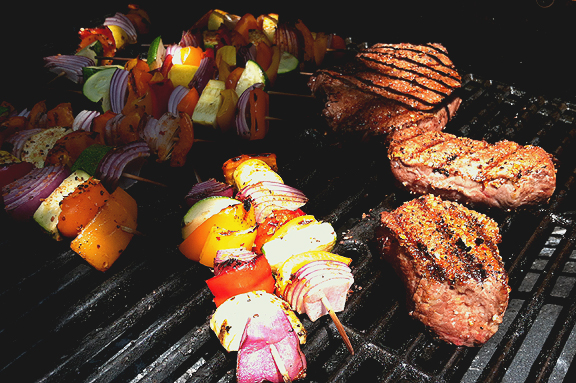 As it turns out, the restaurant proved to be the perfect place for Beeler to begin experimenting, and he found the original BKW blend was exceptionally good at bringing out the flavor in many other foods, including pork, fish, vegetables and … drumroll, please … steaks and burgers!

Apparently, to everything there is indeed a season. (Are you groaning at the puns yet? Because I have more and am not afraid to use them!) Fast-forward to today and the company, no longer in the restaurant business, offers a full line of eight rubs and seasoning blends, as well as pit smoked barbecue sauces. They’re available at several major retailers, primarily in the Southeast United States. 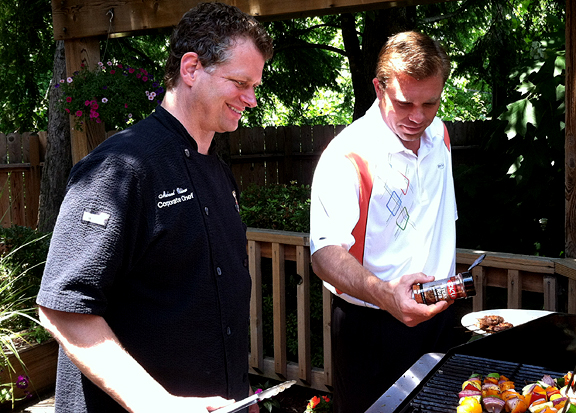 As luck would have it, some of Beeler’s partners are also those that feature premium Certified Angus Beef ® cuts in the meat department — including Food City stores around the BKW home base of Knoxville. It wasn’t long before someone got the brilliant idea that we should really see how well the two brands got along.

Turns out BKW® Steak Rub, in particular, is a pretty phenomenal complement to Certified Angus Beef ® steaks. Not too strong but plenty flavorful, the proprietary blend is a delicious way to bring a little extra pizzazz to the plate. Even our expert culinary team agrees!

And thus, a partnership was born, in which Beeler has declared open season on bland beef. If you’re in the greater Knoxville area, you’ll get to enjoy many opportunities to see the perfect pairing in person, including UT tailgates, on local media (our own Chef Michael Ollier cooked up some BKW®-seasoned steaks and burgers for Chef Walter’s Grill Week on WVLT), events at Food City stores, and much more.

Not in Knoxville, but want a taste of the action yourself? Never fear … BKW seasonings are available online. (Don’t tell Beeler, but cheering for Tennessee is strictly voluntary — it tastes just as good no matter who your home team is!)

Be sure to visit the BKW® Seasonings facebook page for your chance to win a steak and seasoning prize package.