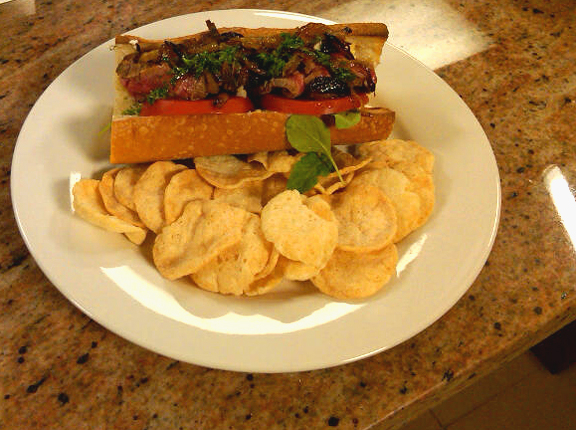 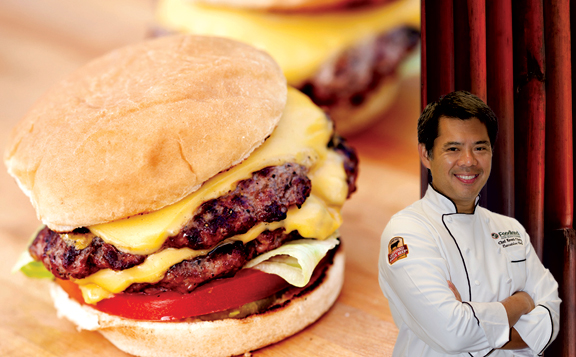 Keoni Chang’s journey to chefhood didn’t begin in a kitchen. It wasn’t in a restaurant or sitting around the table with an elderly grandmother and her endless boxes of family recipes. It didn’t spring from Food Network or Cooking Channel or watching Paul Prudhomme on Sunday afternoon public television. It happened in a classroom. And not the classroom of a culinary school, either.

“I was studying graphic design at the University of Hawaii and I guess I wasn’t really connecting to the curriculum,” says Chang, the multi-faceted chef from Foodland grocery stores located on the Hawaiian Islands. “I read an article about the chef as a profession and realized it was more than slinging hash. I decided that art with food as the medium sounded like a way to do something with my art background, and was something I could immerse myself in.” 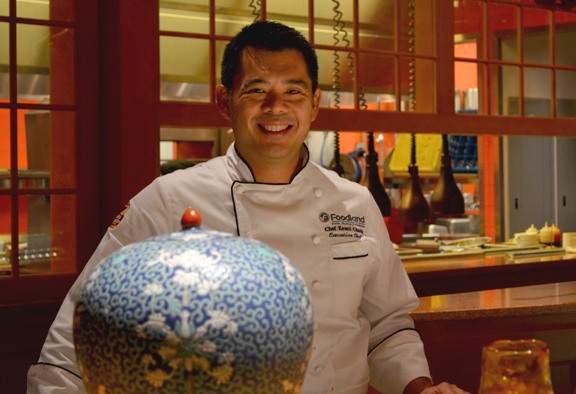 If you’ve followed this blog for any amount of time, you’re probably somewhat familiar with Chang. You’ll remember him as one of our hosting chefs at the legendary Greenbrier Resort in White Sulphur Springs, W.Va. Or perhaps as the champion of the inaugural Supermarket Chef Showdown last year in Dallas.

Chef Keoni was also “Mr. March” in this year’s Certified Angus Beef ® brand calendar. In fact, he’s the only chef featured who doesn’t perfect his craft at a fine dining restaurant or a steakhouse. That’s not to say the Hawaii native hasn’t spent considerable time in such establishments.

A  Culinary Institute of America graduate, Chang did his apprenticeship at the aforementioned Greenbrier, and spent one winter in New York working with pastries at Windows on the World — which was located on the top two floors (106 & 107) of the north tower of the World Trade Center.

He later spent time at the famous Eiffel Tower Restaurant in Las Vegas before returning home to his present career at Foodland — which allows him to bring his passion for quality ingredients into the homes of consumers.

“I think there are quite a few ways I’m able to impact consumers,” he said. “I can help them decide what to buy and how to pick items. I can then show them how to make dishes. I work with the different buying departments and we collectively continue to improve our specs and seek out new items. I happen to also be responsible for the deli and bakery so I’m also able to directly impact our offerings there.”

But just what are Hawaiian consumers looking for, as opposed to shoppers on the mainland? Chang says, although the distinction isn’t as clear as it once was due to globalization, there is still a strong Asian influence on the islands — with steamed white rice, soy sauce, ginger, garlic and scallions prevalent in dishes.

“One thing I think makes Hawaiians who we are is the plate lunch,” Chang says. “Two scoops of rice with a mayonnaise-based macaroni or potato salad, and a main item, like a barbecue chicken, teriyaki steak or even a beef stew.”

While Chang is Hawaiian through-and-through, he goes straight to hearty, middle-American classics when he names his favorites. 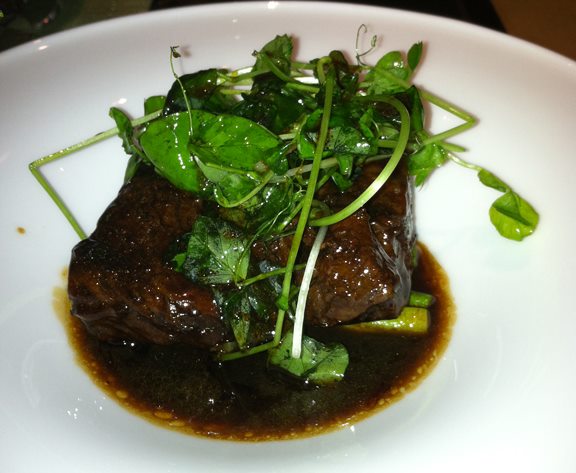 “My favorite dishes are braises and stews,” he says. “I love them because you can usually take a less expensive cut of meat and create something extremely flavorful. That being said, I’ve had my share of hankerings for a one-inch Certified Angus Beef ® brand ribeye, seasoned with Hawaiian salt and dry seared in a screaming hot cast iron skillet.”