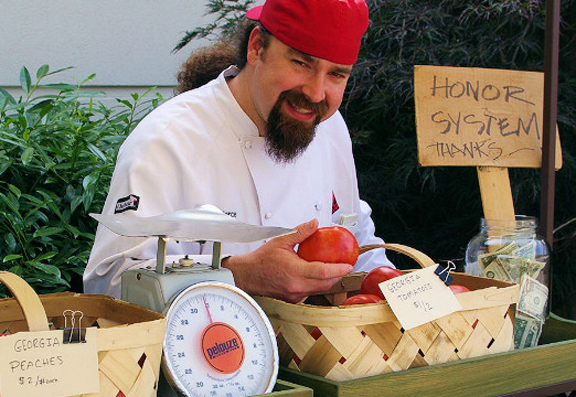 The land within the North Carolina cities of Greensboro, Winston-Salem and High Point – known simply to natives as the Triad — is where chefs Jay Pierce and Ryan Payne call home.

Pierce, whose unmistakable beard and ponytail are nearly as distinct as his born and bred relaxed Cajun dialect, is the man behind the menu at the noted Lucky 32 Southern Kitchen, which has locations in Greensboro and Cary. 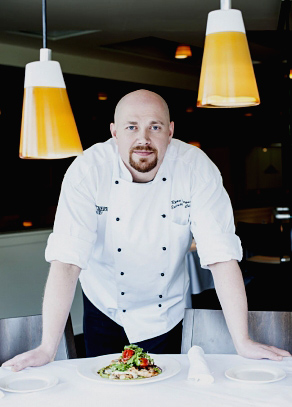 Though separated by less than an hour, the restaurants offer unique twists on traditional Southern and American dishes.

While both chefs bring different experiences to the table, they agree on important ingredients and food concepts. Recently, we had an opportunity to catch up with these guys for a little culinary Q&A.

Here’s what they had to say:

Q:  Aside from your own, what’s your favorite restaurant?

Q:  How would you describe your style of cooking?

Q:  If you could have any meal, what would it be?

Q:  Are there any chefs you try to emulate?

JP: Edna Lewis, Marco Pierre White and Paul Prudhomme.
RP: Not one in particular, but I try to apply something from all the chefs I have trained under throughout the years.

Q:  When you’re not in the kitchen, what are you doing with your free time?

JP: Learning about beers and cocktails, and the farmers who supply us with food.
RP: I am with my dogs, someplace quiet. Far away from a kitchen.

Q:  If you could imagine doing anything else, aside from being a chef, what would it be and why?

JP: Rhythm guitarist in a rock band to experience new towns, faces and adventures.
RP: Something with animals. Animals are simple, honest and fun, and I tend to gravitate to them.

Q:  The world’s foremost authority on food is?

JP: Harold McGee.
RP: Every customer who walks into my restaurant.

Q:  The one book every chef should have in the library is?

JP: More about celebrity and entertaining than it used to be.
RP: An unrealistic reality show of what this business is like. It is a useful tool for people, however most people think they are a chef because of it now.

Q:  If you could have only four ingredients in your pantry, what would they be?

Q:  If you had to eat the same thing every day, what would it be and why?

JP: Pizza because anything can be made sense of on a pizza.
RP: Crispy pork belly.

Q:  What’s the most expensive meal you’ve ever prepared?

JP: I can’t imagine.
RP: I think the total was $500 per person back in 2000 at Kingsmill Resort. We cooked for the President.

Q:  What is your favorite food/dish?