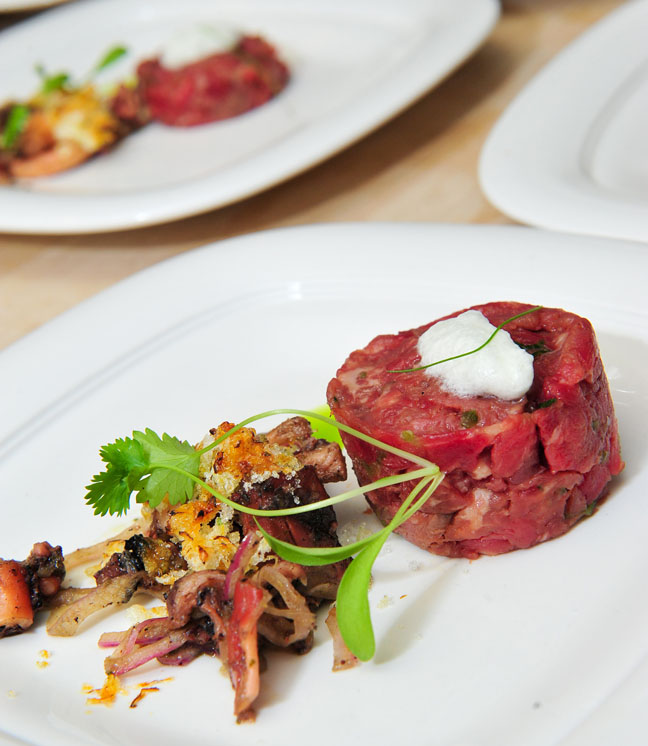 Before we proceed, we should establish a few key points: from this point forward, any mention of the term “tartare” has absolutely nothing to do with that white, mayonnaise-based sauce that goes on fish. And second, while I thoroughly enjoy and appreciate raw beef, I strongly advise enjoying it when it’s prepared — or you’re advised — by a culinary professional, meat scientist or your grandma, because, let’s face it, grandmas can make anything.

Let’s talk about beef. Not the just-off-your-grill, perfectly-charred, angels-singing-while-you-chew kind of beef. I want to talk about the raw stuff. Uncooked. Not even heated by a fluorescent light or an accompanying steaming side dish.

I write this because, time and time again, I encounter raw beef dishes meant for consumption. Think about that for a minute. It’s raw meat. From our early stages, we’re programmed to think this stuff is a no-no. But then I had an enlightening experience.

A chef named Don Triskett in Hudson, Ohio, offered me a plate of what appeared to be some mixed greens, a savory sauce and some thin-sliced lunch meat.

And then I found out what the meat was. It was something called “carpaccio,” which, essentially, is raw, thinly shaved meat — this one specifically being raw top sirloin. 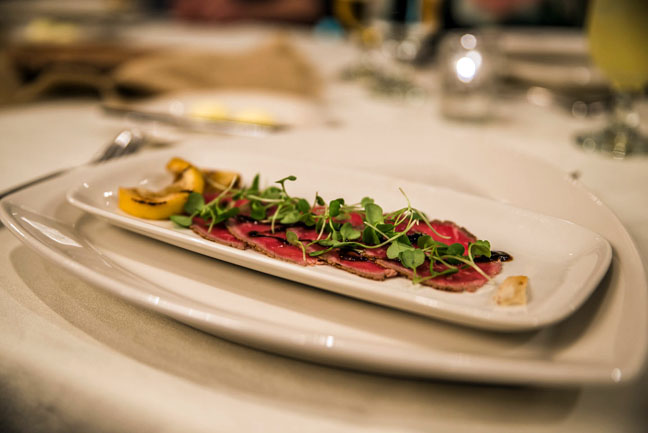 Carpaccio – raw and ridiculously delicious
I was intrigued and wanted more. I found myself beginning to seek out raw dishes to try – and of course, like any proper food-focused GenXer with an iPhone, to take pictures of what I was eating.

I visited my friends at Cleveland’s edgy downtown gastropub, The Greenhouse Tavern, and was presented with my first steak tartare. Typically, tartare is raw tenderloin, finely chopped by hand, and mixed with a few other ingredients depending on the chef’s whim, and then formed into a sort of meat-laden hockey puck.

This one had a particularly “Cleveland feel” to it. Chef Sawyer makes his tartare with classic local stadium mustard, cornichon relish and a 3-minute egg. You mix it all together, and then either eat it straight, or place it on a crisp to devour. I’d say it was brilliant, but that’s an understatement. Let’s be real – it was magical. 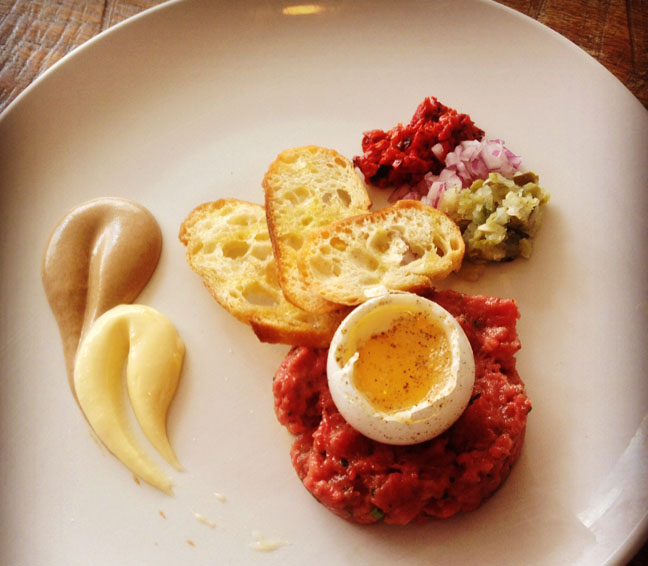 In the months since, I’ve found myself seeking out tartare, experiencing the glory of raw beef with whatever added flavor profiles the chef wants. I’ve destroyed Darryl Harmon’s olive wood-smoked tartare from Mana Bistro in New York City. I’ve annihilated Jonathan Bennett and Peter Vauthy’s tartare laced with shallots and capers at Red, the Steakhouse in Miami and Cleveland. 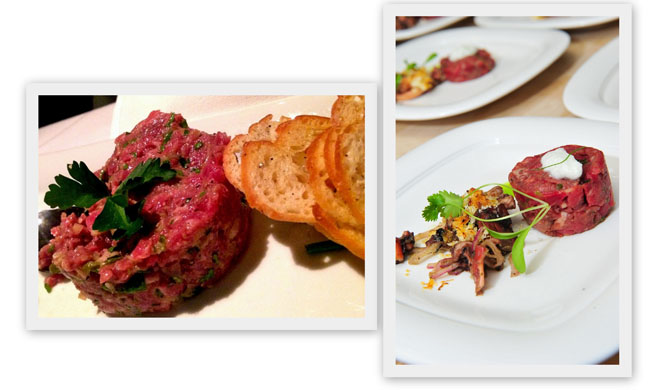 And I’m already giddy thinking about Jeremiah Bacon’s tartare, with an herb aioli and a quail egg at Oak Steakhouse in Charleston. Rory Schepisi even does traditional Italian- and Caribbean-style tartare that she’ll be unveiling at one of her upcoming concepts.

I guess my point is, if you’re opposed to eating raw beef because you think it’s gross, suspend what you think you know and give it a try. You might be surprised. And if you’re feeling extra saucy and want to go it alone, try our own Chef Michael Ollier’s recipe for a Certified Angus Beef ® brand citrus tartare on a crostini.

He suggests using the filet of rib, but really, any whole muscle cut can be substituted. One word of caution — for food safety purposes, refrain from using ground beef in tartare (ground beef should always be cooked to 160° Fahrenheit). For tartare, begin with a whole muscle cut and trim if yourself.

You’ll thank me for it.