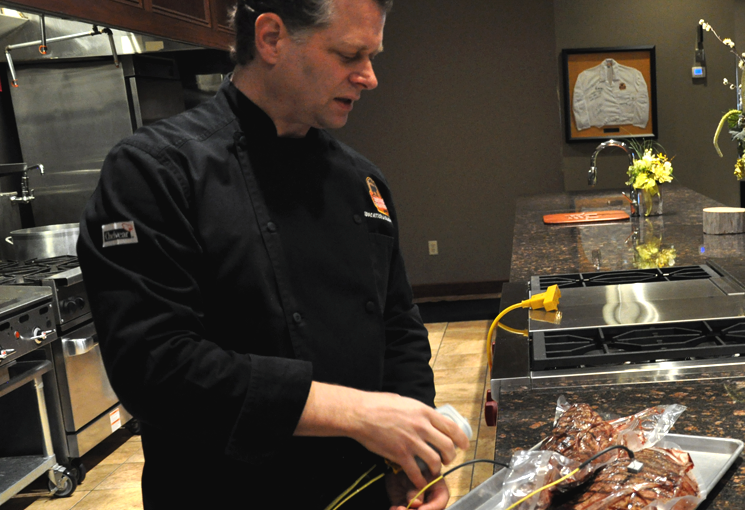 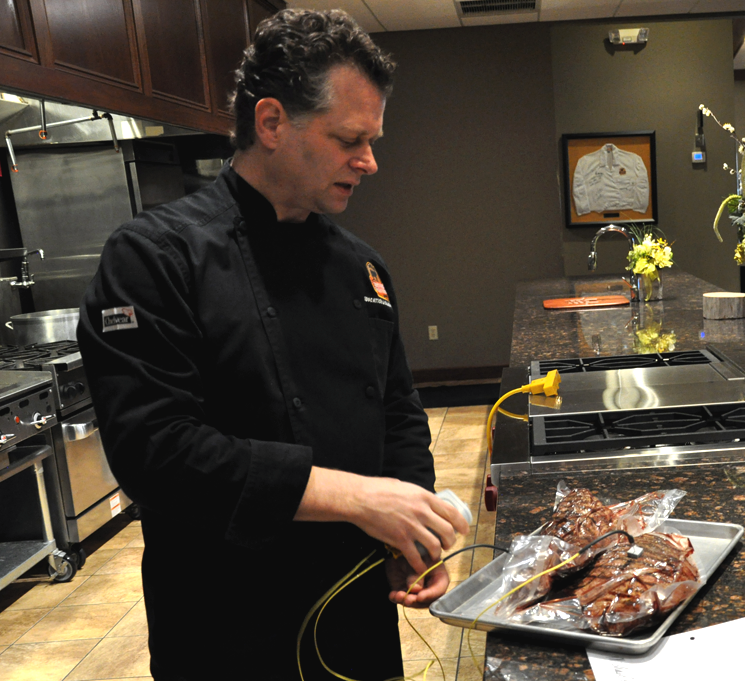 Chef Michael Ollier has never been one to buy into fads. He doesn’t own a Furbee. His office isn’t decorated with a lava lamp. You can’t guess his mood by looking at his ring. So when the process of sous-vide cooking really started catch fire a few years back, you’ll forgive him for preferring to merely observe from the sidelines.

Ollier now believes the sous-vide craze has officially passed, but what’s left in its wake are some practical benefits that the circulated-water cooking method brings to the table.

For those unfamiliar, sous-vide, by definition, simply means “under vacuum.” As applied to a cooking process, food is vacuum-sealed in a plastic bag, then placed in a water bath, which is held at a specific temperature and circulated to ensure a slow, even heat around the bagged product. In true cooking terms, it’s simply another low and slow way of preparing food — particularly meats — leaving them fork tender and full of flavor. 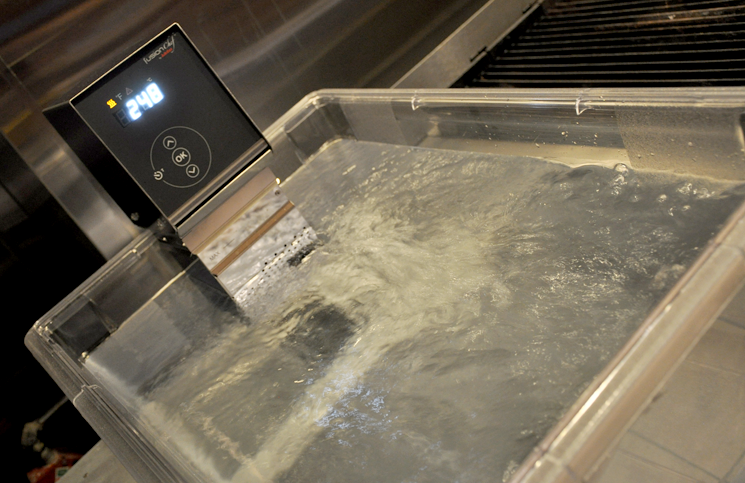 Ollier recently spent time with Chef Rich Rosendale — one of only 67 Certified Master Chefs in the country — to expand his culinary horizons on sous-vide cooking. Rosendale is an authority on the cooking method, even using the technique in dishes he prepared representing the United States at the Culinary Olympics and the esteemed Bocuse d’Or.

“In sous vide, there is inherent precision to cooking in a controlled manner,” Ollier says. “The water temperature is maintained to within 1 degree (F), so you’re able to get consistent temperature throughout the steak or roast that you just can’t get with traditional dry heat techniques.” 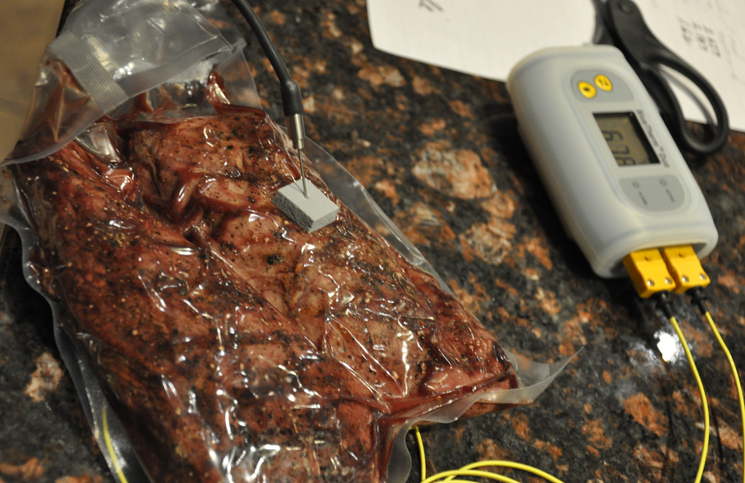 For Ollier, the biggest benefit sous-vide cooking has over more traditional slow-cooking methods is the integrity of the final cooked product. Because it’s in a vacuum-sealed bag, there is no moisture loss.

Those flavors, Ollier says, can be further enhanced by applying some traditional techniques prior to cooking, like adding a nice sear on the beef before sealing and submerging. Unfortunately, of all cooking techniques, sous-vide is one of the least-approachable methods for home cooks. Sous-vide machines can range from an entirely enclosed device to a large tub with an electric circulator — and can vary in price from a few hundred dollars to thousands.

So, if you really want to experiment, be prepared to make an investment – or find yourself a chef BFF who’ll let you play in his kitchen.Perhaps it’s best to just leave it to the professionals – and enjoy their sous-vide creations with the confidence that you fully understand the cooking process.