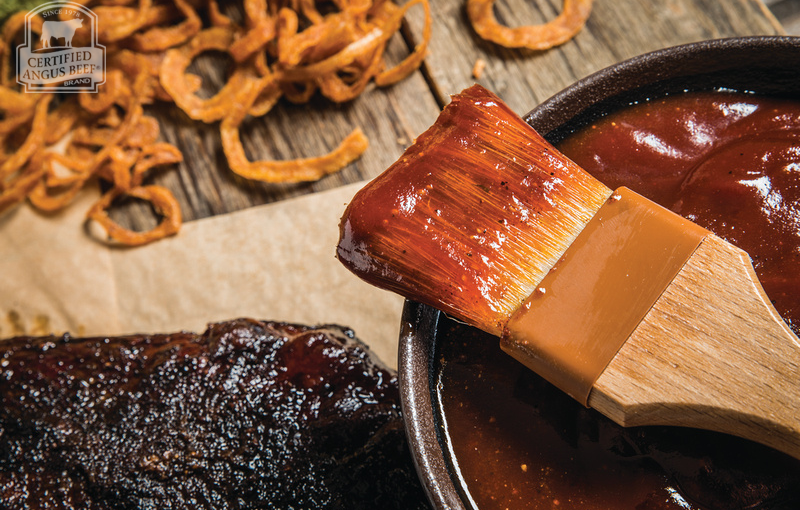 Move over wings, there’s beef at the bar.
I’ll admit it: I spend too much time on Pinterest. It’s often from my Android tablet late at night when I should be sleeping, but I’ve also been known to pull up the app on my phone while I wait at a doctor’s office, for a meeting, at the car wash.

While some see it as a time-waster, I figure there’s worse. Besides, I’ve found some great recipes, figured out what to wear to that event and discovered countless activities for my almost-two-year old who stays home with me most of my work week. But maybe the neatest pins are those that show you (assuming you’re craftier than I am) how to repurpose something you just have lying around. This concept isn’t new, or exclusive to Pinterest, though. Ranchers have been repurposing since long before it was on-trend or called “upcycling.” I’ve seen rubber pieces reused in barn floors, advertising vinyl covering hay, fences made out of just about anything and tires and PVC pipe made into just about anything.

Chefs do it, too. The only difference? Their materials are leftover food. And when you’re talking about the Certified Angus Beef ® brand chefs, you’re talking really delicious leftovers. One of their latest repurposing victories? Bar candy. That’s right. Candy made from quality beef.

“The idea for the bar candy came from doing large banquets. When you have a lot of leftover brisket, you can reheat it and serve it at a barbecue. Or you can do something totally different and get the maximum wow factor,” says Chef Peter Rosenberg.

His team went for the latter. They selected the best pieces, chilled them down immediately to ensure optimum food safety, and then later deep fried the pieces and tossed them in barbecue sauce.

Think chicken wings — but with beef.

“It fries up nice and crisp, but as soon as you bring the beef out of the fryer and you toss into the sauce, it makes it doubly moist,” he says. “Fully cooked brisket is so soft and tender to begin with, you deep fry it and it kind of gets a little bit of crisp on the outside, but inside it is still nice and moist. And then that sauce soaks into it and gives you a mouth full of whatever flavoring you’ve put onto it.”

Chef Peter says the response has been outstanding and he enjoys the “shock factor” that evokes conversations about quality beef, cooking methods and decreasing food waste. And while the idea is taking off among pros, he says it’s something home cooks can duplicate, too.

Perhaps you will find deep-fried brisket bites on an appetizer menu near you in the coming months — or, serve up brisket bar candy from your kitchen in flavors that tingle your taste buds … honey barbecue? Spicy hot barbecue? Teriyaki? So many choices!

Katrina Huffstutler is a freelance writer based in Electra, Texas. She’s a frequent contributor to the Certified Angus Beef ® brand team.