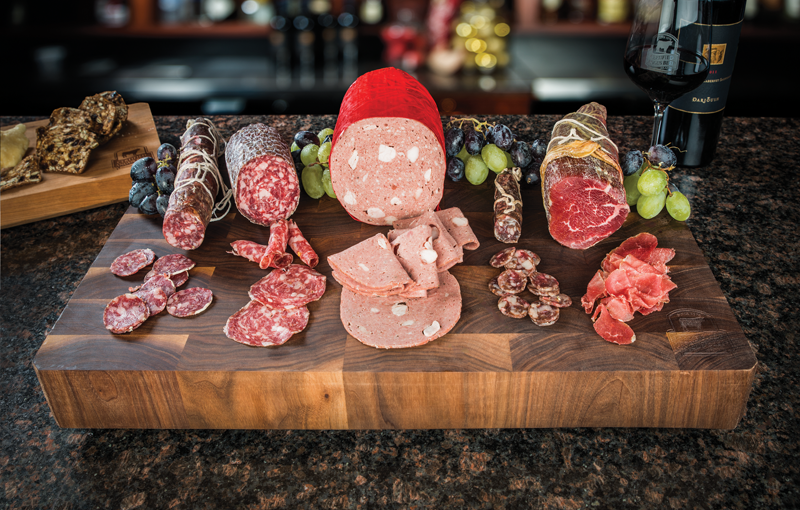 Meat enthusiasts often have a go-big-or-go-home mentality — big steaks, big roasts, big bones. That’s why some of the delectable but relatively smaller slices, links and cuts from the sausage category may go unnoticed. Not so with one sausage that (like revenge) is best served cold. Mortadella may look like a really big and fatty bologna, which it sort of is, but that’s part of the pork tradition in this celebrated Italian cold cut native to Bologna. 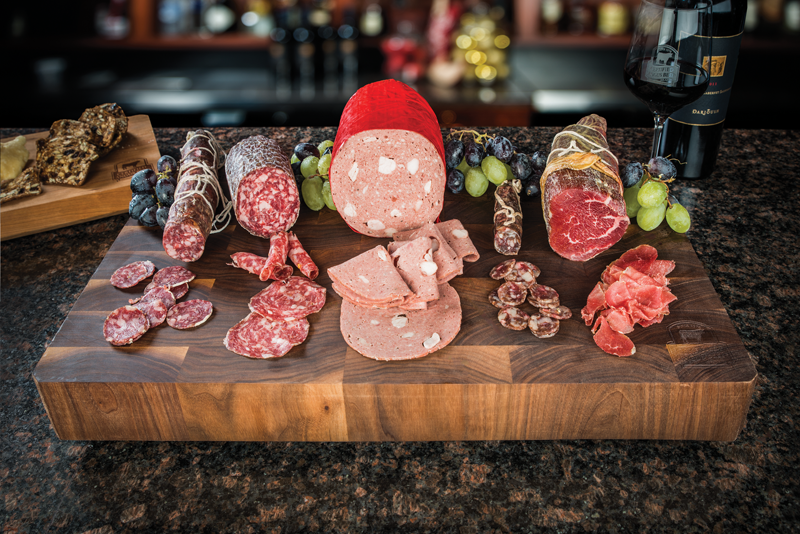 The technique for making mortadella is similar to that used in making American-style bologna sausages, but there are differences in the appearance, texture, garnishments and calorie-dense, intermingled cubes of fat (to say it nicely). The net result is a silky and extremely flavorful gastronomic delight.

Mortadella can contain a variety of herbs and spices including, but not limited to, pepper, mace, coriander, bay leaf, myrtle berries and garlic as well. More advanced and regional versions of the cold cut include larger-diameter items such as pistachios, garlic cloves, olives and nuts.

Mortadella dates back to Roman times but more modern styles of the cured meat are based on formulations and techniques developed during the European Renaissance. Not bound by the tradition of using only pork products, we at the Certified Angus Beef ® Education & Culinary Center have explored this delicacy using 100% beef as the meat block.

In a beef mortadella, highly marbled raw product is essential for the desired smooth and tender taste. As for the intermingled fatty pieces required, we employ brisket fat that has been cubed (1/2 to 1/4 inches) and blanched in hot water. The beef brisket has a high concentration of the soft and buttery flavored monounsaturated fatty acids that mimic the texture of the customary pork fat, yet also bring a depth of flavor not found in traditional mortadella. 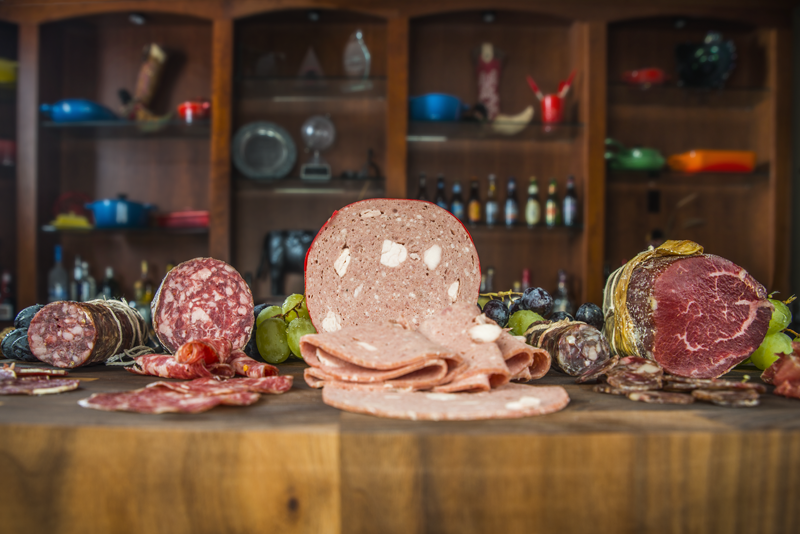 The artisanal sausage trend has been gaining momentum in the culinary community. Interested in dabbling in the art of charcuterie (traditional-style cured and preserved meat products)? Consider making mortadella.

But there’s a trick! A culinarian friend uses a standard meat grinder and simply sends the seasoned raw product through a small-diameter grinder plate several times (keeping the meat as cold as possible), in an effort to make the batter-like consistency needed for the base of the mortadella. Then the fat pieces are folded (and other chosen accoutrements) into the mix, similar to making a cake.

Feeling adventuresome? Give mortadella — and general charcuterie a try!